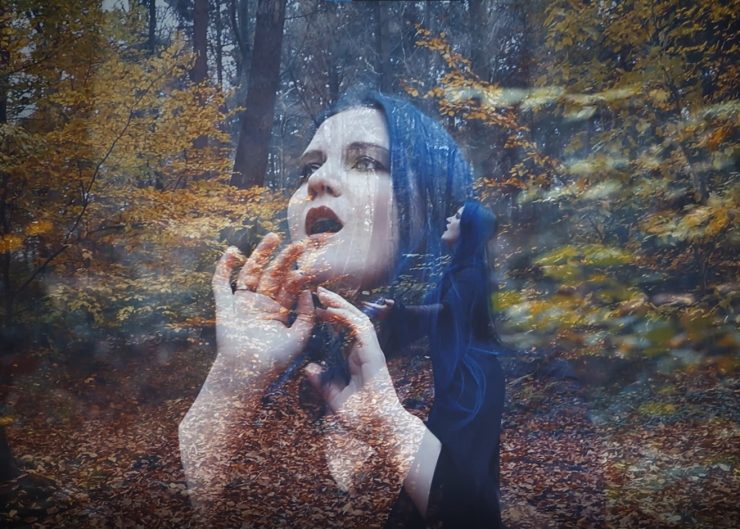 So today I am releasing a new song, that’s why once again I swept away the dust of the ages of my blog to write a few lines about this release.

“Ce te legeni codrule” is one of those rare songs that never gets boring for me. I heard this piece of composer Nicolae Bretan and poet Mihai Eminescu, for the first time in 2009, and I immediately fell in love with, it has that wild metal energy that quite a few classical pieces also have. And since then I had this vague idea to make a metal arrangement for it. Many years have passed since then and when the idea of making my own solo project came to me in 2020 the very first song which I wanted to do was “Ce te legeni codrule”. For various reasons, it was very difficult to finish it, so instead of the first one it ended up being released the sixth one, but I am happy that at least it is being released now, at some point, I thought I would never be able to release it. Ok, don’t want to talk more about bad things today. I want to mention that this beautiful and powerful metal arrangement would not be possible without a very talented Argentinian composer Karim Duckwem without whom this all wouldn’t be the same. I am really in love with his way of doing metal arrangements for non-metal pieces.
Now a little bit about the video, originally it was planned to be more sophisticated and with a plot, but I was running out of time, and I already have to release a Christmas song in a few weeks, so I decided to make a little compromise instead of it not being released at all to make something simpler and very fast.

So this is pretty much all I wanted to tell you about this new release, I really hope you will like this one. Enjoy and share your thoughts in the youtube comment section ⬇️