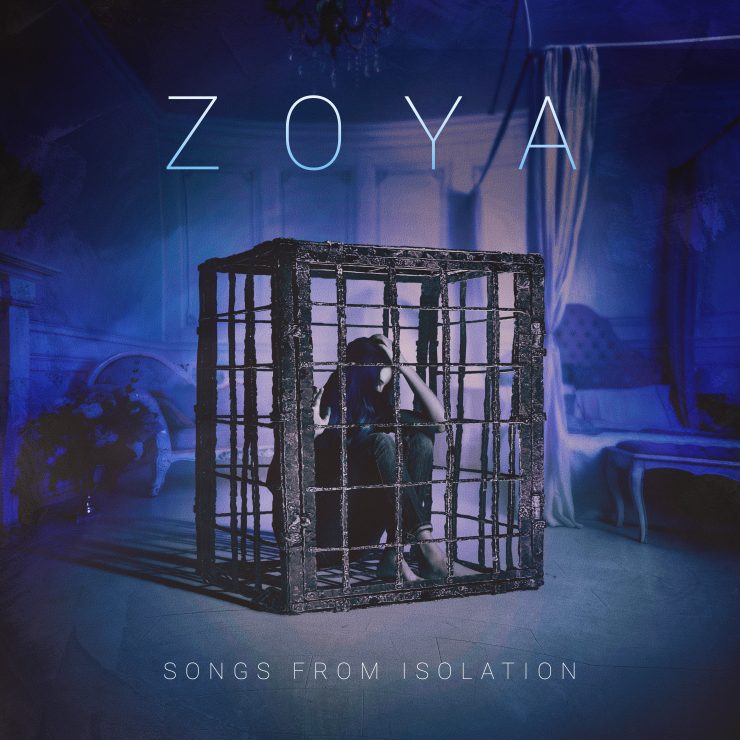 First of all Hooray! My first ever solo album is released! I will leave all the links at the end of this post.

But let’s begin from the start of this story. When I was around the age of 5-6, I said that I will be a singer when I grow up… Ok maybe not that much from the start, anyway I would like to share with you sometimes in the future the story of my thorny path towards music.
Now to the more recent events, I always had a list of songs that I wanted to record in one way or another, was it a classical aria, a folk piece, or an original song. I wanted to release them somehow, but the only problem was is that I didn’t know within what project or band should I do that? Because all the songs were so different that could not have been released with any of the bands or projects I was working with. The thought of having a solo project was always terrifying to me, and it still is. But frankly, the thought of releasing these songs under my name was never crossing my mind until one day in 2020. I woke up with a very warm and satisfying feeling of fulfillment. And just so you know it was a dark, depressing, and unsure time in my life, I constantly felt lost and didn’t know what to do with my life, so this dream was so comforting that I wanted to stay in it. In this dream, I had a concert of my own solo project (with songs that now have been released in reality). My first thought was well if I felt so good and fulfilled doing this in my dream why am I not doing it for real. So with shaking hands and without a clear plan, I decided that it is probably time to start doing something and not waiting for someone to come and give me a ready-made perfect project or band to sing in. No matter how cheesy this sounds, but we ourselves are responsible for our happiness. Now I don’t know where this road will lead me nor how long it will last, but I am happy that at least I found the courage to start doing this.
I would also want to talk a little bit about this album. In this story, I’ve mentioned several times that those are different songs with different genres, characters, and atmospheres, so it is not a conceptual album or anything like that, it is just a collection of songs that I already have and I wanted to unite them in one album. The only connection is that they were made in isolation, that’s where the name of the album is coming from. (You can also check one of my previous posts if you want to know more about my own isolation).

And last but certainly not least I would like to say a huge thank you to everyone who helped me in making this album.
First of all the biggest thank you to the most important person in my life, to my Dima, for supporting and believing in me even in times when I didn’t give any reasons to be proud of me rather quite the opposite. But he is not only my spiritual helper but also a pretty tangible one. He helped me greatly with tracks 4, 6, 7, but is also fully wrote the first song (as it was meant for another project). So I REALLY appreciate your help even if it’s not always obvious.
The next person I would like to thank is my unchangeable sound engineer Alex Glavnenco, he is fully responsible for the fact that all these songs sound so amazing and tight. Thank you Alex for your patience and brilliant work.
A big thank you goes to an old friend of mine Viktor Evdokimov, whose authorship belongs to these two songs (Track 3, 4). Oh, how many years have I wanted to re-record these two songs (and just to not leave it as a rhetoric question I will tell you how many – more than 10 years). And the fact that I wanted to do this all these years says a lot about these songs. Thank you Viktor Mikhailovich for them.
Also, I want to say a big thank you to two of these amazing musicians: Isaac Solanas and Karim Duckwem for doing stunning arrangements for tracks 2, 3, and 5 respectively. I am a big fan of your work, and I really hope we will work more together in the future.
Oh, and last but not least as it is literally the face of this album, I am talking about the cover artwork. And responsible for this is a very talented artist whom I just found on Fiverr, his name is Aleh Zielankievič. He managed to transfer to the picture what I had in mind, and it turned out exactly how I imagined it to be, it’s pure magic.
I hope I didn’t forget anything or anyone, I hope that’s all, it took me 1,5 hours to write this post so it better be all.
As I promised here is the link to my Bandcamp.
https://zoyabelous.bandcamp.com/

On the nearest days, my album will be also available on all the streaming platforms.